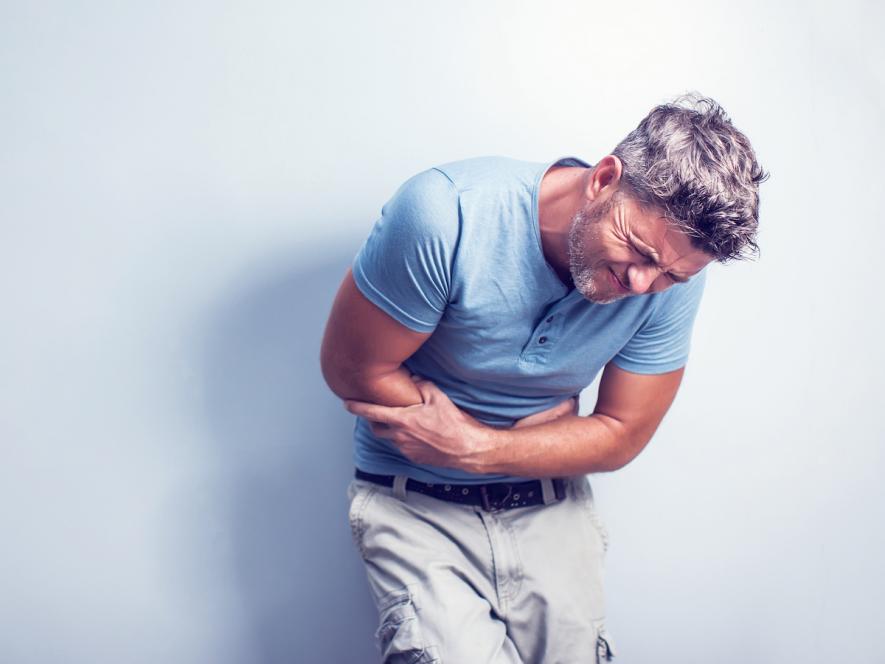 Most people who actually have diverticulosis* remain blissfully unaware of the fact unless a colonoscopy or CT scan reveals their presence, or if symptoms of diverticular disease occur.

It is estimated that around 30% of people over 40 in Australia have diverticulosis, with this rising to around 50% of the population by the age of 70. Around 5-10% of people with diverticulosis will at some point go on to experience symptoms and/or develop diverticulitis.

It is only when 'fecaliths' – pellets of fibrous material – get wedged into one or more of the pouches that problems can arise, such as infection and/or inflammation and (very rarely) perforation of the bowel and leakage into the abdominal cavity. Infections don't happen every time fecaliths become lodged in pouches, only when they put pressure on the lining of the gut which then causes a small break which can let in bacteria.

Diverticulitis is characterised by severe lower abdominal pain, generally on the left side along with a low-grade fever, leucocytosis and a change in bowel movements.

Current medical thinking is that diet – particularly a low fibre diet - is the major contributory factor in the development of diverticular disease, although there are other theories which implicate a high fat diet or simply a different makeup of gut bacteria in people who have the condition.

People with the lowest risk of developing diverticular disease are those who have high fibre diets and who do regular exercise, however it is also generally much rarer in Africa and Asia than in Europe and North America. The fact that people who move from Africa and Asia to Europe or North America subsequently have increased risk of developing diverticular disease seems to point to one or more aspects of lifestyle being the cause/s.

As it is a condition that primarily affects older people, an ageing population in Australia is likely to make the condition more prevalent, so it is perhaps timely that a recent study** by researchers at Griffith University on the Gold Coast has suggested a review of the current guidelines for the treatment of diverticulitis for GPs and emergency doctors, particularly for those patients with mild symptoms and uncomplicated diverticulitis.

One of the main recommednations of the review was that antibiotics should be used selectively with patients with uncomplicated diverticulitis, as the researchers found that their use did not have any proven benefit in preventing recurrence or reducing pain or the duration of the condition.

Some of the other recommendations were as follows…

**The management of diverticulitis: a review of the guidelines