How does obesity affect surgery and recovery from surgery? 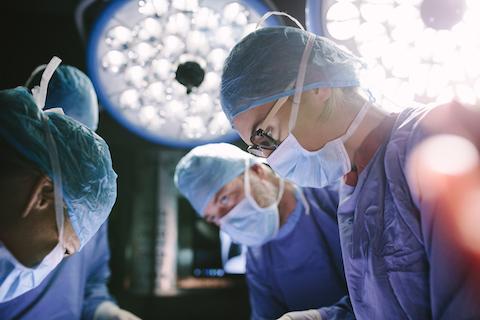 A study in 2007* concluded that obese patients run a much greater risk of potentially life-threatening complications after undergoing surgery. The US-based study involved assessing 6,773 patients from 2001-2005 and found that a third of those patients who had complications were obese and just under one in seven (6.66%) were morbidly obese.

Obesity makes things harder for the surgeons and their teams in a number of ways. These include…

Anaesthesia
Other considerations have to be taken into account during the anaesthesia process, including…

Wound healing
Adipose tissue does not have a good blood supply and for this reason is more prone to bacterial infection. Obese patients also often have diabetes and other comorbidities that negatively impact wound healing. These factors mean that obese patients are more prone to wound healing issues such as wound breakdown, dehiscence and evisceration, all of which can lead to development of fever (among other conditions) and longer hospital stays. For these reasons surgeons and their teams have to take extra steps to avoid wound issues, such as, for example, very thorough cleansing procedures, use of subcutaneous heparin and using different incision and wound closure approaches.

These present issues viewing the operative area and in physically moving tissue to ensure adequate exposure.

Deep vein thrombosis
Thromboembolism is at increased risk for obese patients both during surgery and up to three weeks postoperatively.

Injury risk during surgery
Due in part to difficulties of operative exposure, there is a heightened risk of injury to other organs, especially the bladder and bowel, the ureter and vascular tissue. Visualisation of organs and tissue can also be compromised where they can be difficult to discern due to the presence of large amounts of white adipose tissue.

Other considerations
Very obese patients may also present challenges in terms of the weight limit of the standard operating table and in manoeuvering the patient prior to surgery.

The net result of the special care and precautions needed when operating on an obese patient is generally longer operating times and greater surgical blood loss, and (as referenced above) often longer postoperative hospital stays.

Some studies** do show that, although the risk of complications both during and after surgery are elevated for patients who are overweight or obese, overweight and mildly obese patients do benefit from the 'Obesity Paradox', in that they have overall lower operative mortality rates than the non-obese population. This does not extend to morbidly obese patients, who have the highest operative mortality rate. These figures may be skewed a little, as underweight patients, included in the 'non-obese' category, are also recognised as being at heightened risk of both postoperative complications and longer term mortality.