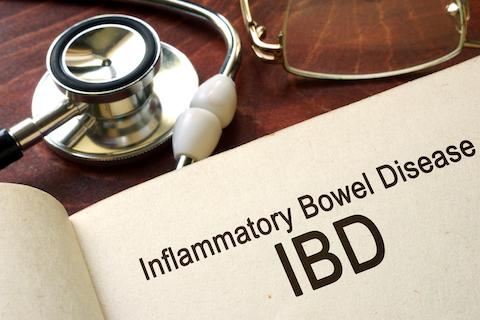 In Australia it is estimated that Inflammatory Bowel Disease (IBD), that is either Crohn's Disease or ulcerative colitis, affects over 80,000 people(1). This is one of the highest rates in the world and is only predicted to grow.

It can also be quite difficult to diagnose IBD as there is no definitive single test for the condition and it can take anything up to a year and a half to confirm a diagnosis, as it shares symptoms with a range of other conditions(2).

The combination of the global increase in incidence of the condition and the fact that medical science does not yet clearly understand the causes of IBD has led to a focus in medical research in the area.

The first of these, conducted in the UK by a team of scientists from the Quadram Institute, the University of East Anglia and Oxford University, focused on the renewal of the lining of the gut in mice and how any changes may impact gut health(3). They found that existing chronic inflammation was correlated with impeded renewal of the gut lining. A healthy gut lining is comprised of a single layer of epithelial cells which are very regularly replaced with new cells. Where inflammation was present, there was an increased rate of apoptosis (cell death) and a slower cell replacement rate than normal, which may be connected to the development of the condition. The researchers are now keen to analyse whether these changes do in fact lead to the development of the condition or are part of the body's recovery mechanism.

The second study(4) by a team at Cedars-Sinai in Los Angeles looked at the prevalence of a specific type of fungus (Malassezia restricta) - more commonly found in human hair follicles - in the intestinal tissue of sufferers of Crohn's Disease. Previous research had found that this particular fungus, when present in the intestines of mice, worsened colitis. Although the fungus - along with other types of fungi, is commonly found in the intestines of healthy people, the researchers found significantly elevated levels of this mucosa-associated fungus in people with Crohn's Disease, especially in those carrying a gene variant called IBD CARD9. The researchers concluded that this fungus alone may not cause the condition, however that it appeared to make it worse.

The last study, conducted by researchers at the University of Southern California(5), focused on effective treatment of IBD. It found that an eating program involving 'fast-mimicking' led to better outcomes than a water-only program. The research, carried out on mice, subjected one group to reduced calorie intake (50% of normal) on the first day and then 10% of normal intake on days 2-4. The other group drank only water for a 48 hour period. The mice in the first group showed a reversal of IBD-like symptoms not replicated in the second group, with the researchers concluding that the fast-mimicking program led to an increase in intestinal stem cells by encouraging healthy gut microbiota. As assistant professor of medicine at the University of California San Diego and a spokesperson for the American Gastroenterological Association Brigid Boland explained recently “Treating IBD or reversing pathology is challenging. Even the most effective drugs for IBD don’t induce long-term remission in the majority of people with the disease. As a result, finding better therapies for IBD remains a priority and an ongoing research focus.”(6)

“Although none of these studies represent a breakthrough in medical knowledge of the causes and possible treatment of IBD, they are a significant step forward.” says Brisbane Surgeon's Dr Andrew Renaut. “What is also interesting is recent research(7) showing a possible correlation of non-optimal body weight, namely either high or low BMI, with IBD.”

Dr Renaut has proposed the Renaut Hypothesis linking many modern medical conditions to the effects on the body of not maintaining a 'biological optimum weight'.