Do you need your appendix? 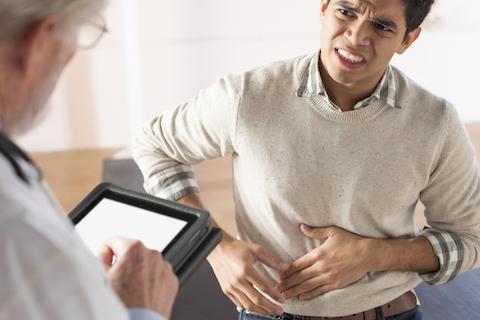 One of the medical names for the appendix is 'vermiform appendix' which is quite an accurate description – in Latin it means a 'worm-like appendage'. The appendix is short 'tube' between 8-10 cm in length that is attached to a section of the intestines called the caecum, normally (but not always) located on the right hand side of the body.

If it becomes inflamed or infected this is referred to as appendicitis and in most cases the appendix is removed.

This procedure (an 'appendicectomy') is generally a medical emergency and is carried out to prevent the appendix rupturing or perforating, which can lead to peritonitis – inflammation of the lining of the abdominal cavity – which is a very serious condition.

Appendicitis is not that uncommon – around 5% of the population develop it at some point, although it is commonest in children and younger adults between the ages of 10 and 30. It is caused either by some form of blockage of the appendix, such as a stool or the presence of a foreign body or (in rare cases) cancer, or by an infection somewhere in the body.

The most frequent symptom of appendicitis is a dull pain near the navel which develops into a sharp pain in the lower right section of the abdomen. This can be accompanied by appetite loss, vomiting and swelling of the abdomen. In some cases it may also be painful to urinate and there may be severe cramping or constipation and/or diarrhoea.

As some of these symptoms are to an extent shared with other conditions, it can be difficult to make an accurate diagnosis and so a range of tests may be needed – these include a urine test, a rectal examination, a blood test and/or a CT scan or ultrasound.

Medical science still does not fully understand the function of the appendix, but – luckily for people who have their appendix removed – it is perfectly possible to live normally without one. However, research over the past 10-15 years seems to indicate that, rather than being a 'vestigial' organ – in other words an organ that used to have a function but no longer does – the appendix does in fact play an important role in our health.

Many other mammals have an appendix and research has shown that those with an appendix have a higher concentration of lymphoid tissue – immune cells – in the adjoining section of the intestine. This indicates that the role of the appendix may be a secondary 'immune organ' to allow the body to fight off any infection in the intestine.

One current theory is that the appendix functions as a sort of 'safe haven' for good bacteria which are essential to good gut health, so that when the bowels are completely emptied due to a bout of diarrhoea, there are some good bacteria remaining to repopulate the gut.

Thankfully regular bouts of diarrhoea are relatively uncommon where there are good sanitary practices and food is generally safe, but in the past this was certainly not the case. Another theory which may explain why appendicitis is more common in modern society than it was (and why removal of the appendix is possible without any negative effects), is that the immune system in modern societies is not challenged on such as regular basis as it was and so may react, causing inflammation in the appendix that may not have occurred in previous times.

There will undoubtedly be more discoveries about the role of the appendix in coming years and perhaps even guidelines as to how to prevent appendicitis. In the meantime there is some evidence that a diet high in fibre may give some protection against it. So... eat your greens!